NEWARK — Mayor Ras J. Baraka strode through the room with confidence as he took the stage in a hotel in downtown Newark, which is booming with development that four years ago some feared Mr. Baraka might forestall.

“The city is finished with the past,” he said on Tuesday night, after his overwhelming re-election to a second term. “Today marks the day that you either go forward with all of us or you stay back with the few.”

It was a far different speech and a different mayor from the one who took the stage four years ago. That night, Mr. Baraka proclaimed that “the people of Newark are not for sale” after riding a populist campaign to an upstart victory that was seen by many as a referendum on the previous mayor turned Democratic senator, Cory A. Booker, whom he had criticized as more visible on the Sunday talk shows than on the streets of the city.

This time, Mr. Baraka promoted himself as a unifier who seeks to transform a city that has been mired in decay for decades, a leader intent on building relationships with business leaders and others with whom he has had frosty relationships, perhaps most notably his onetime political foe, Mr. Booker.

“Everyone knows we used to go at it like cats and dogs,” Mr. Baraka said in his victory speech. “But things change based on time and conditions. And let me tell you this: With this government that we have in the White House, Senator Booker is our No. 1 ally.” 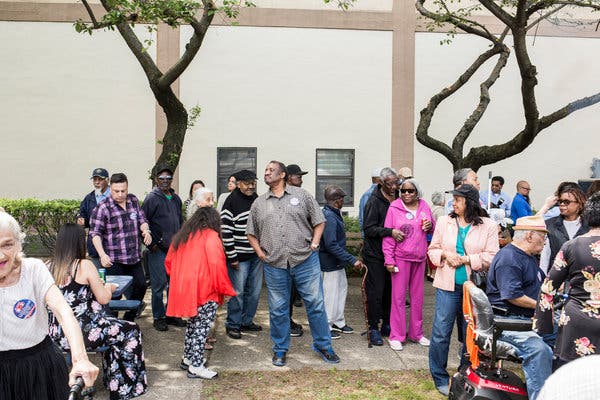 Supporters of Mr. Baraka at a rally. Mr. Baraka has been credited with promoting economic development in the long-troubled city. Credit Bryan Anselm for The New York Times

Their partnership is based in part on mutual need. Mr. Baraka needed Mr. Booker’s counsel as he embarked on a challenging first term; Mr. Booker wants his former critic on his side as Newark experiences a rebirth, particularly when his record while mayor of the city could become a subject of scrutiny if he runs for president in 2020.

There is no doubt that Newark is a better place than it was when Mr. Baraka inherited it from Mr. Booker four years ago.

Unemployment in the city has dropped to 8 percent, down from 13 percent, when Mr. Baraka took office, though that is still double the national average. Crime has also fallen, and the city has regained control of its schools from the state as the graduation rate has steadily risen.

Downtown has seen new projects like the city’s first Whole Foods, its first luxury apartment building in decades and a restaurant opened by the celebrity chef Marcus Samuelsson. Several companies, including Mars Wrigley Confectionary, have decided to plant their corporate flag in the city and it was picked as a finalist still in the running for Amazon’s second headquarters.

When Mr. Baraka won in 2014, many expected him to be the anti-Booker, a Newark native and the son of the poet and activist Amiri Baraka, who would return the city to an era wary of outsiders. While Mr. Booker traveled the country to entice developers and to draw attention to the city — and used his social-media savvy to market his agenda — developers feared that Mr. Baraka would be an anti-gentrification crusader who would thwart the city’s growth. 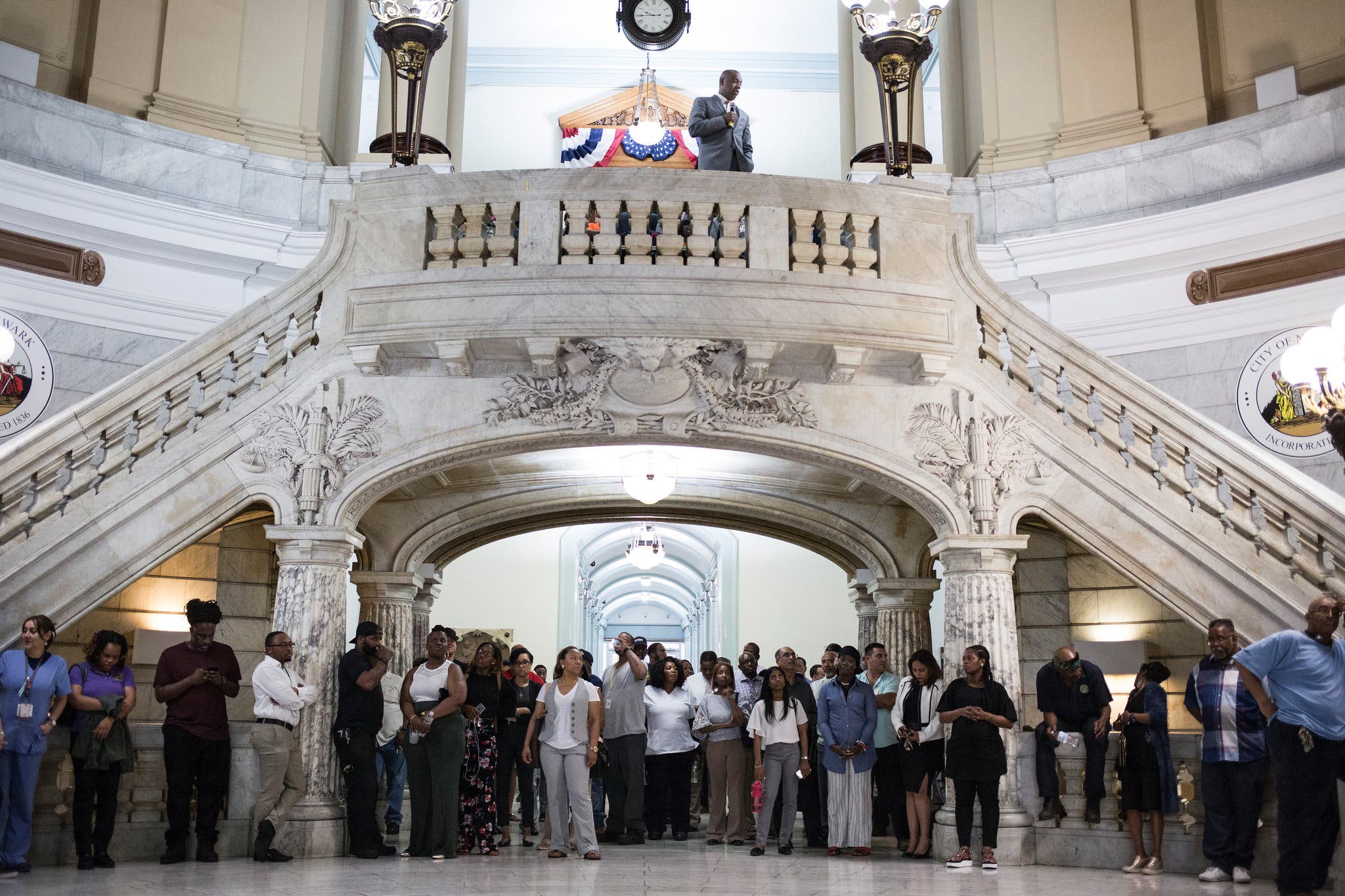 Developers once worried that Mr. Baraka, who first campaigned for mayor as a populist, would stall real estate projects. He said he believes that development is crucial to the city’s future as long as longtime residents are protected. Credit Bryan Anselm for The New York Times

Mr. Baraka said that was always a misperception. “Running for mayor and governing is two different things, right?” said Mr. Baraka, explaining that his role was to find a middle ground between development and residents’ fear of gentrification.

“You have developers pushing back, saying finally the city is taking off,” he said, adding, “And you have residents who say, ‘Oh the city is moving too fast.’” This is why he said he has initiated policies to protect Newark’s affordable housing, including restructuring rent-control guidelines and expanding protections from illegal evictions.

It is a delicate balance that, so far, has won him praise.

“We’re probably in the best place we’ve ever been in terms of welcoming development, but development that is appropriate to the city and provides inclusion and opportunity for residents across income levels,” said Richard Cammarieri, the longtime chairman of the Newark Community Development Network, a nonprofit that promotes neighborhood development.

His shift from a campaign populist to a pragmatist mayor has been reflected in his relationship with Mr. Booker. In 2014, the two men and their top aides met for lunch at Andros Diner to discuss a transition plan that had been drawn up by the Booker team. What some aides feared could be a contentious discussion was fairly peaceful and productive. 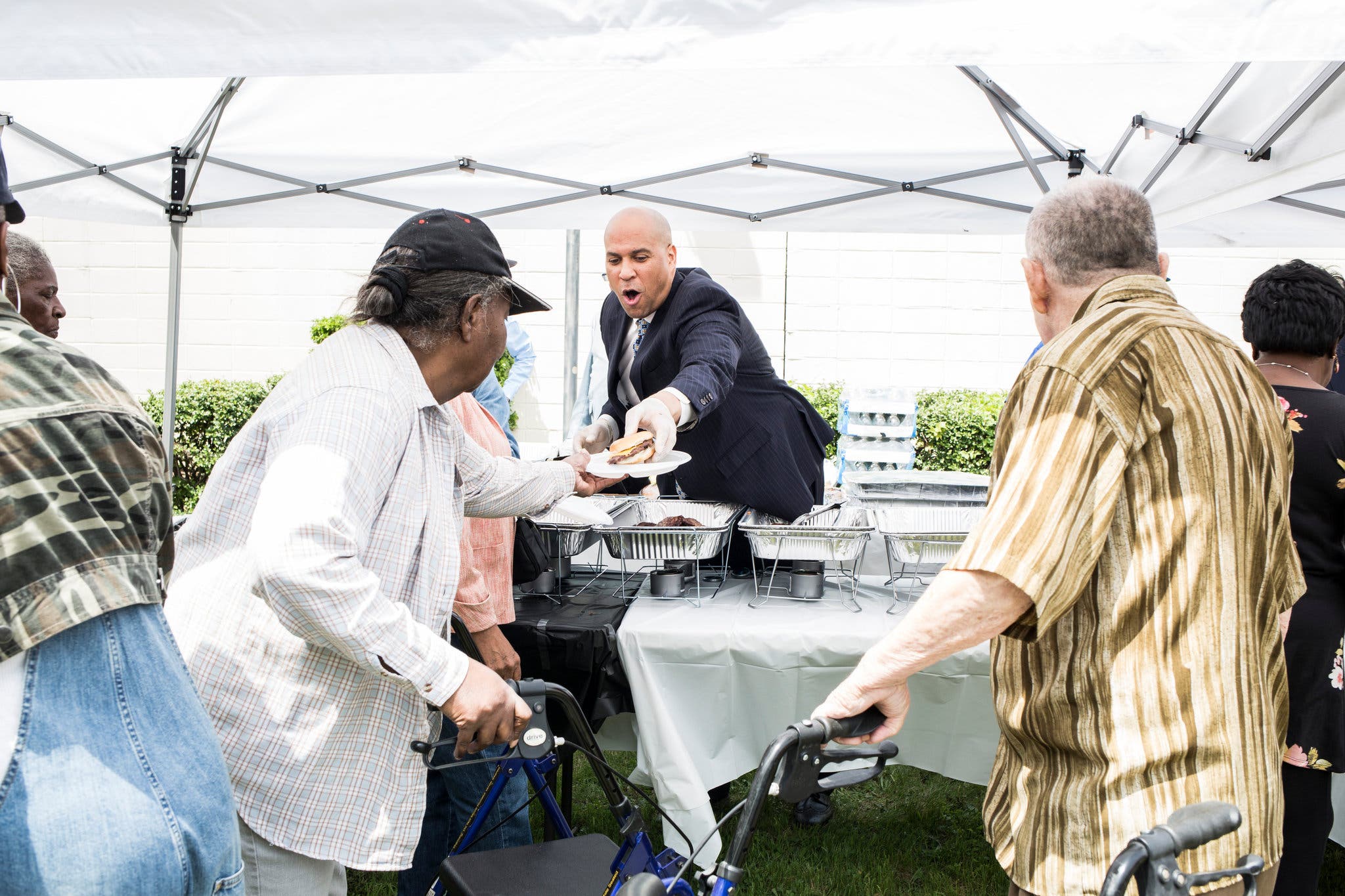 For Mr. Booker, who often is mentioned as a Democratic presidential candidate in 2020, a thriving Newark helps to burnish his record. Credit Bryan Anselm for The New York Times

Running against Mr. Booker’s record might have helped him win the mayor’s office, but Mr. Baraka realized he needed allies if he was going to succeed in office.

“I’m about collaboration,” Mr. Baraka said. “Whatever we need to do to fix it, pragmatically, that’s what I’m going to do.”

Soon the two men were working together on projects across Newark. When Mars Wrigley called Mr. Booker about coming to Newark, he directed them to Mr. Baraka, and the two made the sales pitch together. When Mr. Baraka was battling Gov. Chris Christie over control of the city’s schools, seeking to fulfill a core campaign promise, Mr. Booker called him and urged him to go to Trenton and advocate in person despite Mr. Baraka’s misgivings.

With Mr. Booker’s name regularly mentioned as a top potential Democratic presidential candidate, his efforts to help Mr. Baraka could be seen as motivated, in part, by a desire to burnish his own image. Mr. Booker, who was not immediately available for an interview, could make the case that Mr. Baraka is building on a foundation that he put in place during his seven years in office.

For his part, Mr. Baraka now says that Mr. Booker was particularly effective at changing the city’s narrative. 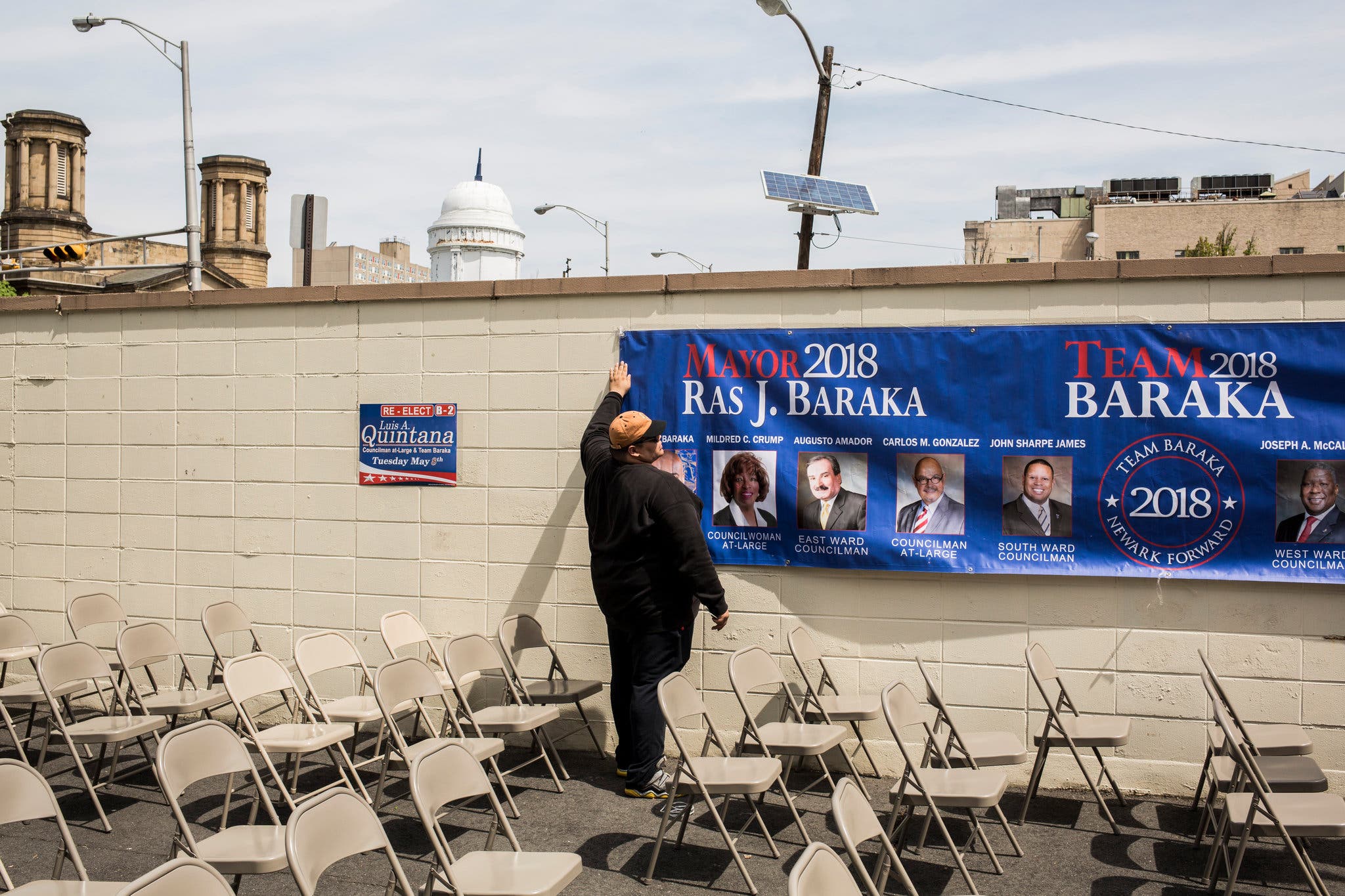 “Booker began to get people to look at Newark differently,’’ Mr. Baraka said. “He put us in the game, got us to the coliseum. And I give him credit for that.”

The day before Tuesday’s election the two men were together for the opening of a science and technology education center for children in fifth through 12th grade that was partly financed by Panasonic, which moved its headquarters to Newark in 2013, and then campaigned together at a barbecue and rally in the East Ward.

The two men were in the courtyard of an apartment complex that provides low-income housing for older people for about an hour, as supporters snacked on hamburgers and hot dogs. (Some were cooked by Mr. Booker, who also peddled slightly charred veggie burgers while reminding the crowd, “I’m a vegan.”)

Flavia Mercado, who has lived in Newark for 45 years, watched as Mr. Booker posed for photographs on a bocce court.

“He was a mayor once, now he’s a senator — the best that we had,” she said in Spanish.

When asked what she thought about Mr. Baraka, she said he was impressive, too, but that it was difficult to pick “the best.”